It has been off/disabled for as long as the option was av...

It has been off/disabled for as long as the option was available = many, many years. I checked on the day I waited for no call-backs, and it was Off then too. Then I checked the next day, still off.  Then to, since Shaw uses Americaneze, instead of Canadian spelling, it could mean anything. By process of elimination, greyed out or for the 'mericans 'grayed out' probably means not functioning. 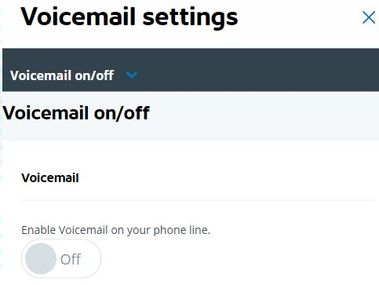 While I'm being a lady-dog, do you see the box this way, or are you permitted to read the labels? 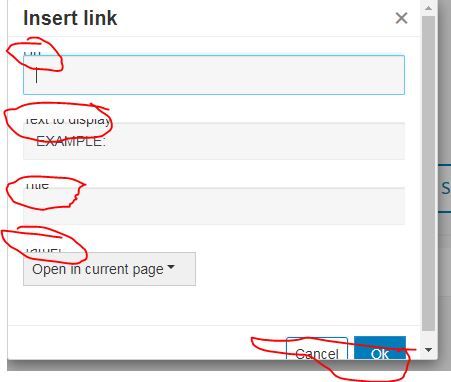 Just curious about the above image.
~w~

I gather there is no one brave enough to step in to this...

I gather there is no one brave enough to step in to this one. Or, smart enough to know not to? More than 4 weeks now, and I have no way of getting any help from Shaw, except here. And no one here has the connections to find out.

I did a test. I called Shaw, listened to the choices and pressed the "If you wish to continue holding for a agent, Press 3" and the result "Based on your selection we have sent a reset to your TV.... "  I don't have a TV because after 20 years, Shaw could no longer provide the signal. But, that is not holding for a agent, that is resetting the TV, But don't trust me, try it for yourself. This misdirection of misinformation was sent to the highest techs months ago - but they don't know how to fix that. Eventually, a robot comes in stating that Shaw is very busy but offered a call back. That's when everything goes south.

As usual, I did Shaws job and discovered that although I have Voicemail disabled, Shaw call-back robot is sent to Voicemail - that disabled voicemail. One agent told me to go online and get the message there. How is one supposed to tell a recording that I pressed one and am ready to wait for the agent? DUH!

WHY is Shaw re-routed to VM? You can't ask Shaw, they don't have experience in that area. One top-of-the-line agents told me it was because Shaw's callback number has a bad reoutation. Shaw is no longer willing to block Spam, but Shaw can block their own calls?????

I was going to tell this semi-joke that went "I went to my Dr with a very sore pain in my neck. He asked 'Who is your ISP?'. I said 'Shaw' and he just nodded and told me to stop shaking my head in disgust"... but thought I better not. So I won't.

Maybe Brad Shaw wouldn't mind if his pay for next year is handled the same way we get customer service, not at all.

-- are you permitted to read the labels? Within your web-...

@whomever -- are you permitted to read the labels?

Within your web-server, hold-down the CTRL key, and tap the "zero" key, and release both keys, to reset your web-browser to 100% magnification, to see if that makes a difference. After that, try "CTRL-with-PLUS", repeatedly, or "CTRL-with-MINUS", to increase/decrease the web-browser's magnification.

This isn't about Shaw's flimsy work on the site (built by...

This isn't about Shaw's flimsy work on the site (built by 'Merica!) it's about Shaw sending my calls to a disabled Voicemail and told to go online from now on to get my messages, and THAT message is the ROBO-Call-Back from Shaw (after resetting my TV, - the one I DON'T have!)  Since the Voicemail takes messages, and I cannot access the messages, and Voicemail doesn't answer the Robo-call and ask it to wait, I cannot get any support from Shaw.

So tell me this @mdk , just how am I supposed to receive call-backs that are redirected (NOT BY ME!) by Shaw to Voicemail that is disabled?  If you don't know, please pass this on to someone who does so I can call Shaw, wait, take the call-back offer and actually respond to them, not have it go into File 13.

-- I am puzzled why their call goes to Voice-Mail. Have y...

@whomever -- I am puzzled why their call goes to Voice-Mail.

Have you accidentally turned-off the "ringer" sound on your phone, so that it does not ring when the Shaw Robot calls, and thus you do not pick up the call?

Have you configured their telephone-number to "always go to V.M." ?

Was your line busy when the Shaw Robot called? Unless you have "call-waiting" service, the call will immediately go to V.M.

How did you determine that you had V.M. ?  Did you use <star><nine><eight> to obtain your V.M. messages? Or, did you logon to the My Shaw Portal, and select and listen and download the message(s)?

I never have been employed by Shaw.  I do not have any friends who work for Shaw.

So, please scroll-down, while you are reading this, to see the "Your Voice" hyperlink. Click that link to make official contact with Shaw, since nobody on this peer-to-peer forum can "proxy" for you.

Thanks.  Looks like whatever you did fixed the issue.  No...

Thanks.  Looks like whatever you did fixed the issue.  Not getting all that spam anymore.  Thanks again!

Hi @mdk ,  I think you beating a dead horse here with @whomever  , it seems like no answer you give will ever be the right answer.   I personally just received a call back from Shaw with no such Voice Mail stealing the call, as for the demands to know what happened to certain missing spam functions,  Shaw is under no obligation to tell him what they have removed or added as features, so why keep asking on here, when we don't know either.  When looking back at all the previous post from whomever over time it seems he is just an angry customer, complaint's about almost everything ie. use of american english instead of canadian english,  website flimsy,  customer service agents, on and on.  I do truly hope that one day whomever can be a happy satisficed customer, but I don't think I'll hold my breath.

You asked "Have you accidentally turned-off the "ringer"...

You asked "Have you accidentally turned-off the "ringer" sound on your phone, so that it does not ring when the Shaw Robot calls, and thus you do not pick up the call?"
No and if you assume it's a cell, I've never been convicted. It's a simple old fashioned land line.

You asked "Have you configured their telephone-number to "always go to V.M." ?
No.

You asked "Was your line busy when the Shaw Robot called? Unless you have "call-waiting" service, the call will immediately go to V.M."
No.

You asked "How did you determine that you had V.M. ?  Did you use <star><nine><eight> to obtain your V.M. messages? Or, did you logon to the My Shaw Portal, and select and listen and download the message(s)?"
Since Voicemail was disabled, there was no reason to think the Robo-call was there. However, I checked everything I could and that is when I found it was re-enabled and there were several RECORDED messages there, all from Robo-reply. Since some here only envision things, not try them, I downloaded the (I think there were 4) messages, and as previously pointed out, 51 seconds long each. I played them back and all, as previously stated, were the same. It was the Robo saying 'This is a call-back for (name). When name is ready - press 1...blah and blah'.

Contrary to @g-idk grhetoric and insults, I resent having to come here to ask questions because everyone is treated as if they received their first device and don't know how to turn it on. You and g-idk have a great deal of know-how and tips and tricks under collective your belts, but it shouldn't be abused.

Shaw techs found the toll number has or had a bad reputation. When a call-back was required, the Robo calls were re-directed by SHAW to the Shaw disabled voicemail that worked. Tech realized that "Block Spam Calls" was on, and disabled that too.
I just called the Shaw number and got "We're sorry... we're experiencing technical difficulties. Within seconds, a fellow answered, told me he can't check my phone account and I was relegated to a transfer to a "TSR" (whatever that is) and am on hold now for a indeterminate amount of time.

The issue with the robo-call-back seems to have been fixed. They disabled the enabled (again) Voicemail. removed the block spam option, and the calls now make it through. VOICE calls get through. I have not tested the busy wait period call-back yet.

Hi  , it was not meant as an insult, it was an exasperate...

Hi @whomever , it was not meant as an insult, it was an exasperate opinion after reviewing all of your previous post since 2019 and seeing that you have never really been a satisfied customer, and I should point out that the manner in which you post things can also be misconstrued as insulting and demanding, please don't call the kettle black.  I felt bad for @mdk because he tries so hard to help people the best way he knows how.  I truly truly wish we could fix things for you they way you want them to work, so you could be a satisfied customer.  I've been with Shaw for 20 years and have never gone through the things that you've experienced (knock on wood).  So I will keep out of this conversation, and wish you well.  Good Luck and Stay Safe.

Your post that I am replying to is on support.shaw.ca, an...

@g-idk Your post that I am replying to is on support.shaw.ca, and is a very poor representation of what Shaw expects and only serves to erode the fine image of all hardworking, respective Shaw employees. That goes for those that agree with you.

Sidebar: I took this part to private mail so as not to embarrass you in front of others.